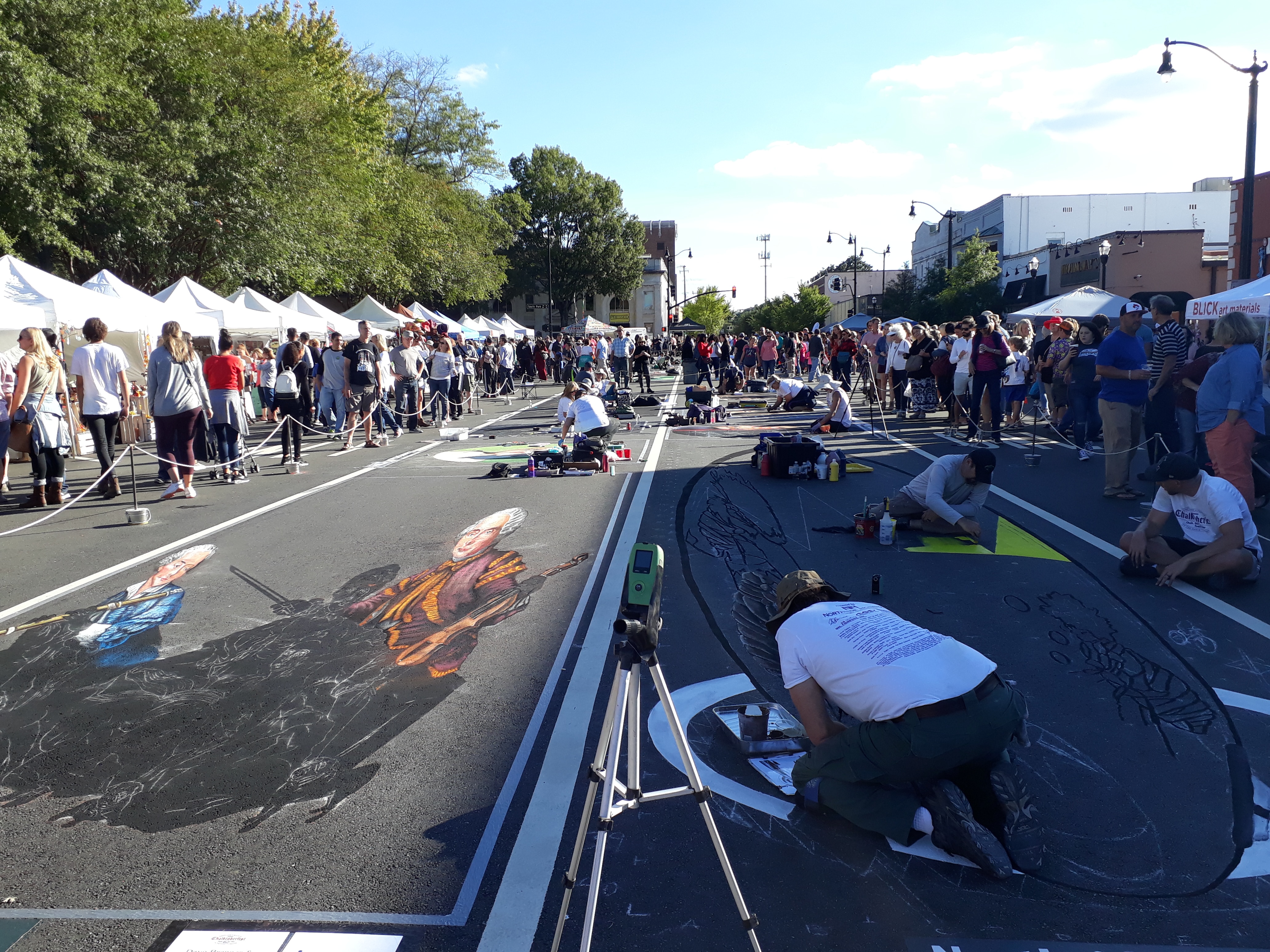 Sally Macaulay, Executive Director of Marietta Cobb Museum of Art, heard about an annual chalk festival in Sarasota, Florida that attracted chalk artists from around the country. Sally traveled to see the festival where she fell in love with the idea and knew she had to bring this type of festival to the Cobb County community.

The first year, 2010, the festival was part of the Art in The Park event. This event is put on annually by the Marietta Art Community and offers; art vendor booths, a children’s chalk area, jewelry vendors, food trucks, youth inflatables. The first year there were two chalk artists who had to move their work inside the museum due to the weather. The second year, Sally was able to attract 20 artists. Yet again, rain interfered with their work.

Sally then decided to move the event to the driest month of the year, October. Starting in 2012, the annual event was held the second weekend in October. The first year it was a stand-alone event and she attracted 40 chalk artists from around the United States. The chalk artists enjoyed performing at Chalktoberfest so the word spread throughout the chalk artist community encouraging artists from around the world to apply to participate. Also, in 2013 a beer festival was added to bring an Octoberfest feel to the two-day event. Since this time, Chalktoberfest has grown to over 100 artists. 18 States as well as countries including Italy, Mexico, Argentine, Serbia and the Ukraine are represented at this festival. In addition to the incredible visual arts, live bands and dance groups perform each day along with a nonprofessional chalk competition for youths, schools, and adults. The visitors can enjoy local arts and crafts vendors, food trucks as well as inflatables, rock walls and craft activities for children and teens.

Over the past eight years, the event has grown to be a major festival in the Southeastern US. Chalktoberfest attracts upwards of 100,000 visitors over the two-day event and has an economic impact of $6.2 million to the City of Marietta. This unique event enables the MCMA to fulfill its mission of “building community through art,” and the response from the community has been overwhelming. 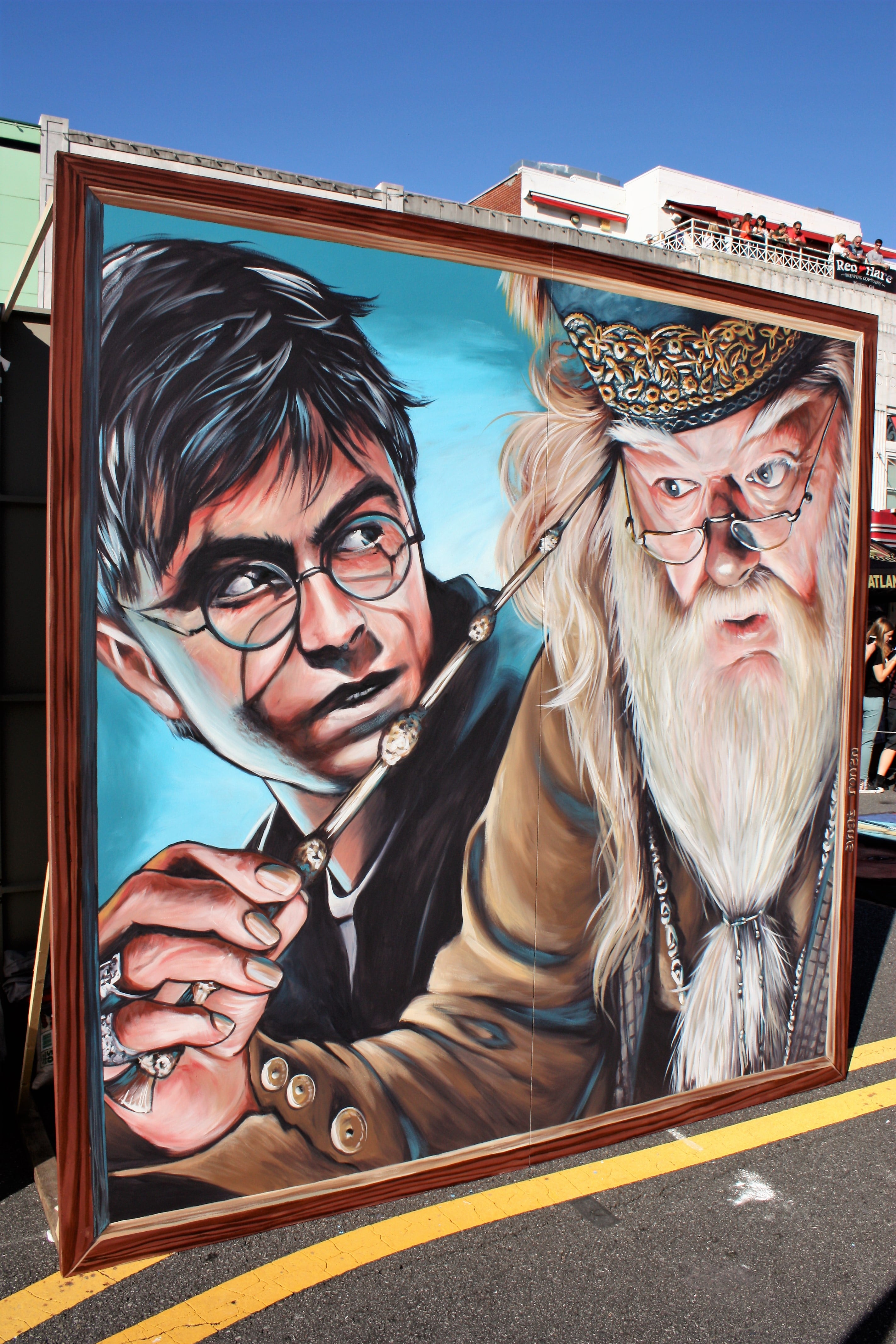 A Brief History of Chalk Festivals

Shout-Out To Our Sponsors 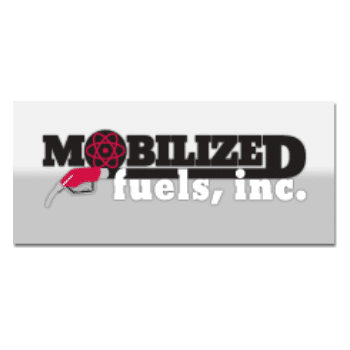 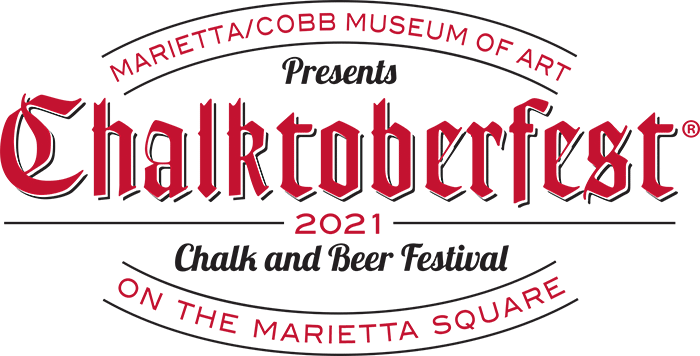