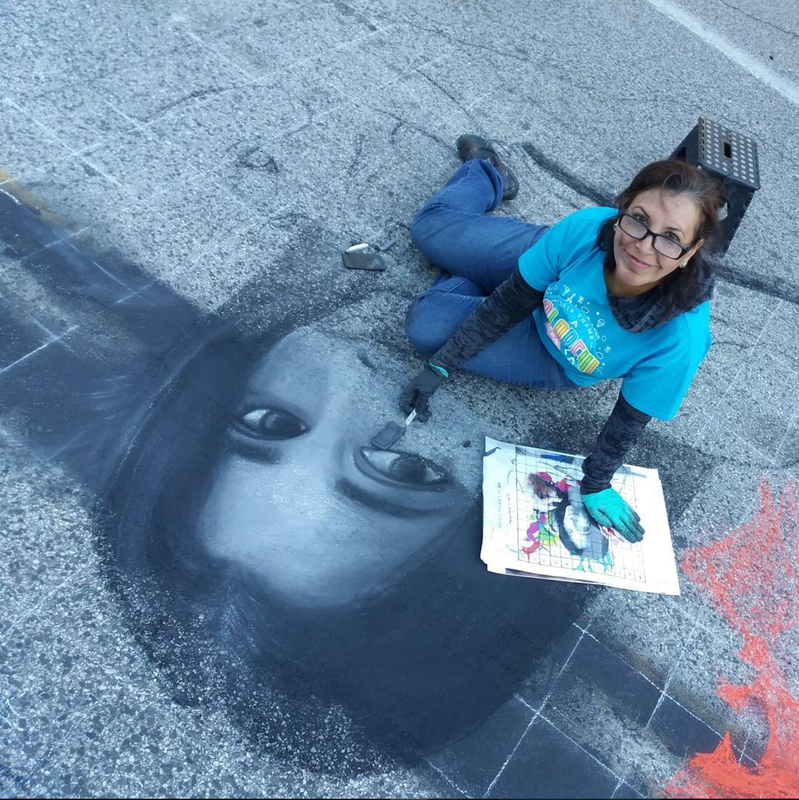 “I paint in oil since 1981. In 1988 I entered the University to study for a degree in Graphic Design and Advertising. There I learned Photography, drawing, and illustration and met other techniques such a pastel, acrylic, watercolor, and Prismacolor. In 2000 I did my first solo exhibition. In 2003 I opened my own art studio in my homeland Sabinas Hidalgo, to teach drawing and painting until 2009. In 2005 “Normal School Pablo Livas” opens a Visual Arts workshop and invited me to participate teaching for more than 3 years. In 2007 I painted my first Mural in Palenque Grill Restaurant in Laredo, Tx. In 2010 I made my first solo exhibition of photography in Televisa, Monterrey. In 2011 I won the third place in Bella Vía´s Festival in Monterrey. In 2012 I made the cover and the illustrations of the book “From the Window” of the writer Diana Chapa. In 2014 and 2015 I was invited to be a Juror in state art contest in Monterrey. In July 2014 I coordinated the first Festival of Art on the floor in my homeland. In May 2015 my artwork “Waiting… I waited” was selected for the 10th Art Show of the Reform Group. In June 2015 I won Honorable Mention in an exhibition at the Central Library of the University of Nuevo León. In August 2015 the Mayor of San Pedro invited us to participate in “One San Pedro Program” where we painted more than 300 steps in a colony of low resources. I have 11 solo exhibitions and 50 group exhibitions.”